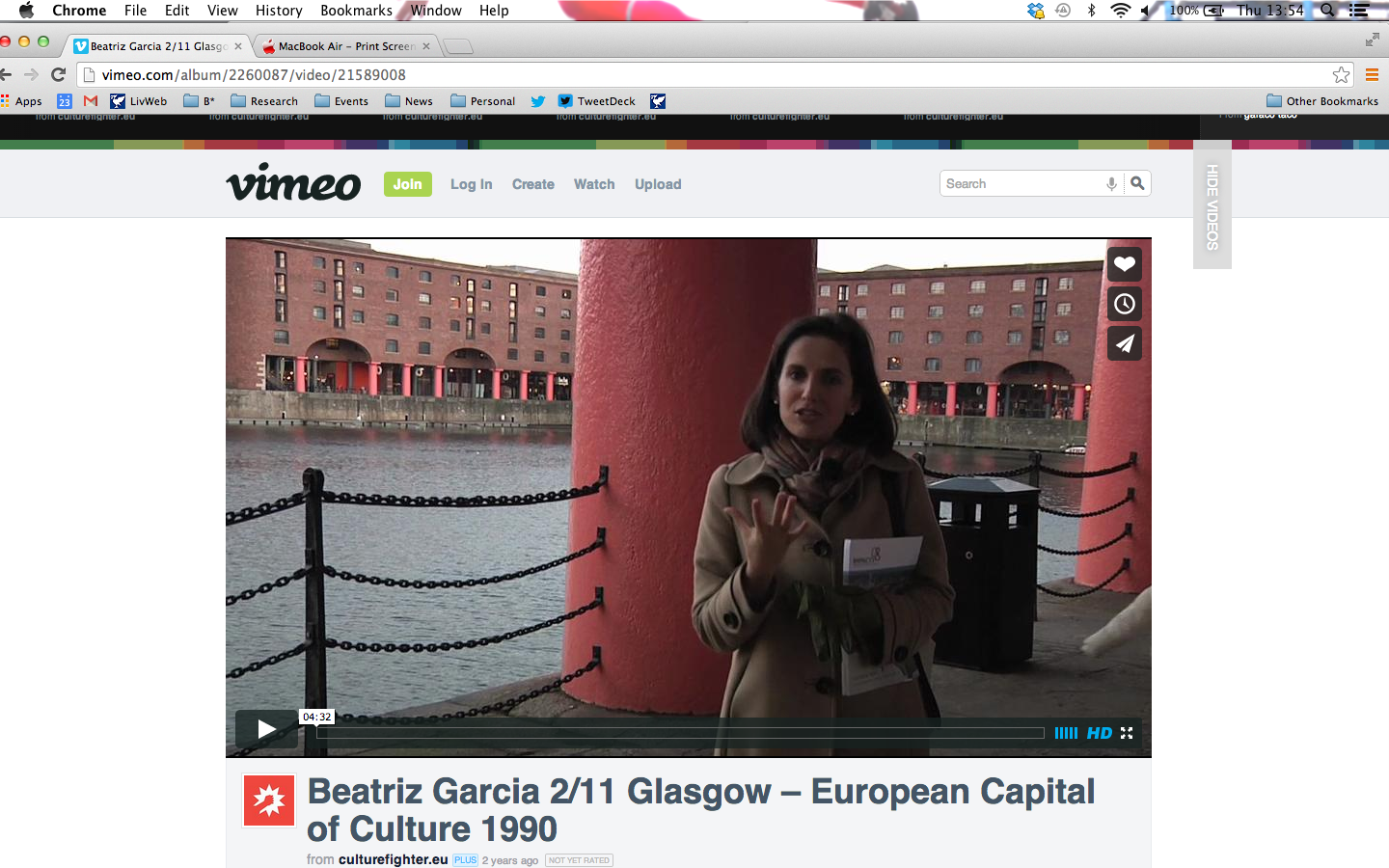 Collection of films on my views about Liverpool and cultural regeneration

I have finally had the chance to tidy up the links to a series of films produced under the series ‘Culturefighters’ by Kosice 2013 European Capital of Culture with support from the British Council.

The films were produced back in 2011 and cover a range of topics in the format of ‘mini-masterclasses’ around the notion of cultural regeneration and Liverpool’s experience in the wake of its 2008 European Capital of Culture year. I give an overview of my understanding of the notion of ‘culture-led regeneration’, talk about the learnings from Glasgow since 1990, one of the pioneering cities in using a cultural regeneration; discuss drivers for change in a range of cities, reflect about reasons for decline in the post-industrial city, refer to the diverse range of impacts that may result out of hosting a large-scale cultural event, from economic to social impacts, and mention some of the ongoing challenges.

You may have seen this already. But for those who have not and do not mind listening to my thinking some years back, enjoy!